Businesses have had to completely change the way they have worked over the last few months.  Working practices that were inconceivable before the pandemic have now been adopted and, in many cases, are becoming the ‘norm’.

As recruiters with many years’ experience, we would suggest that as everything else has been thrown up in the air, now is a good time to rethink who you recruit.  Traditionally, you may well have rolled out a job description previously used in an effort to not reinvent the wheel, but with the wheel now spinning in a very different way, revisiting what is required in a role seems sensible.

Before reading anything else in the article, I should declare my hand – I am a huge fan of soft and transferable skills and in my own businesses have often focused more on recruiting people who have attributes I look for than actual experience in the field of recruitment.  This approach has usually worked well for Parkhouse Bell and I’ve been lucky to secure some excellent people who were looking for a career change and didn’t have recruitment experience.

The soft skills I particularly value are (in no particular order): strong work ethic, emotional intelligence, communication skills, critical thinking, teamwork, motivation and organisation.   When interviewing I do, of course, have a position description that outlines what tasks are involved in the job a candidate is being interviewed for but the majority of questions asked in interview are around the soft skills I’m looking for.

A lot of time and effort has been put into devising questions that will encourage candidates to talk about the approach and attitude they have taken or would take to the given questions.  This style of interviewing requires very active listening and the interviewer has to be disciplined to ensure they are not hearing what they want to hear.  It also needs some bravery as the interviewer can’t rely on a competency-based tick sheet where it’s easy to evidence why someone meets a job description.

I will leave you with a story which was my ‘ah ha moment’ and which I hope will help you think about your approach to interviewing.

Several years ago, I was asked to sit in on some interviews held by a company with a view to providing an objective third party view of candidates.  My role was a non-speaking one (very tough for those of you who know me) and I was asked to contribute to the scoring of the competency-based questions that had been devised internally by the company.  The interviews progressed as one would expect and at the end of a long (often boring) day, a candidate came in who gave gold star, text-book answers to the competency questions.  I could feel the excitement of the interview panel – at the eleventh hour, we had found our person!  Something wasn’t sitting right with me, however, and despite my non-speaking part, I asked the candidate at the end of the hour-long interview, why she thought this was the right role for her.  I will never forget the almost audible groan of the panel when she replied that she didn’t really want this job as she wanted a change of direction in her career and ideally wanted to work part time so she could study.  In other words, she could do the job according to the description standing on her head but was lacking the motivation for it and so, in my view, employing her would have been a waste of time and money for everyone.

So, to return to the original premise, focusing on soft skills over whether someone has done the exact same role before, could well pay dividends for your company.  Whilst we are changing almost everything else we are doing at the moment, why not take the time to have a major modification to your approach to recruitment, particularly as people have had time to think about their motivation for working, who they want to work with and how they want to work, whether or not they enjoy working outside a traditional office/team environment and how well they have actually been able to organise themselves over the last few months … there’s that list again!

Parkhouse Bell AUS @PHBaus
3 days ago
Seek's current trends in Australian recruitment. Everyone is after job security and candidates are feeling overwhelmed. We are definitely finding advertised roles are getting less applicants and our head hunting skills are in demand! #recruitment https://t.co/k0thbzRLrz https://t.co/sG6622K2RJ
View on Twitter 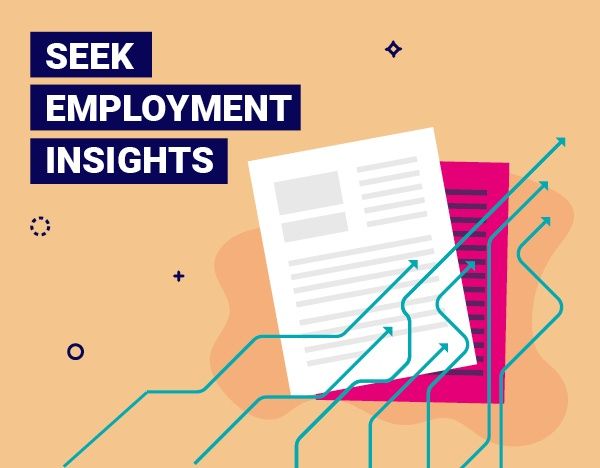 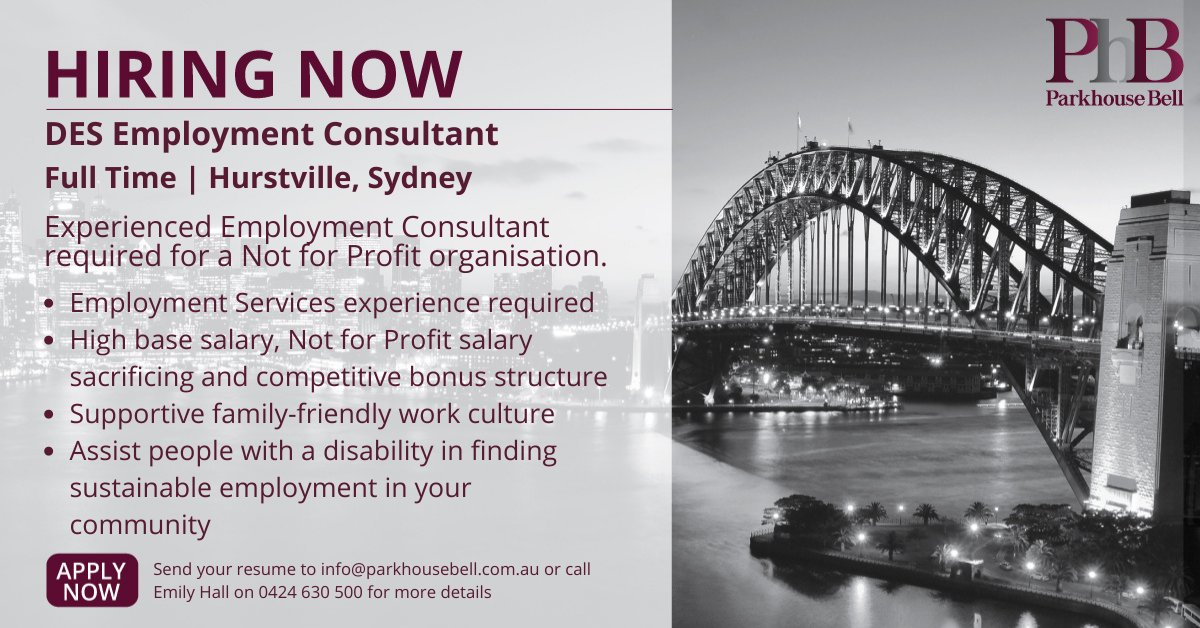 Parkhouse Bell AUS @PHBaus
5 days ago
Many candidates sat tight during 2020.We are now seeing a candidate shortage in #employmentservices, #vocationaltraining and #disabilityemployment. Call us for a chat about your career today. https://t.co/9asaLioQBE
View on Twitter
0
1 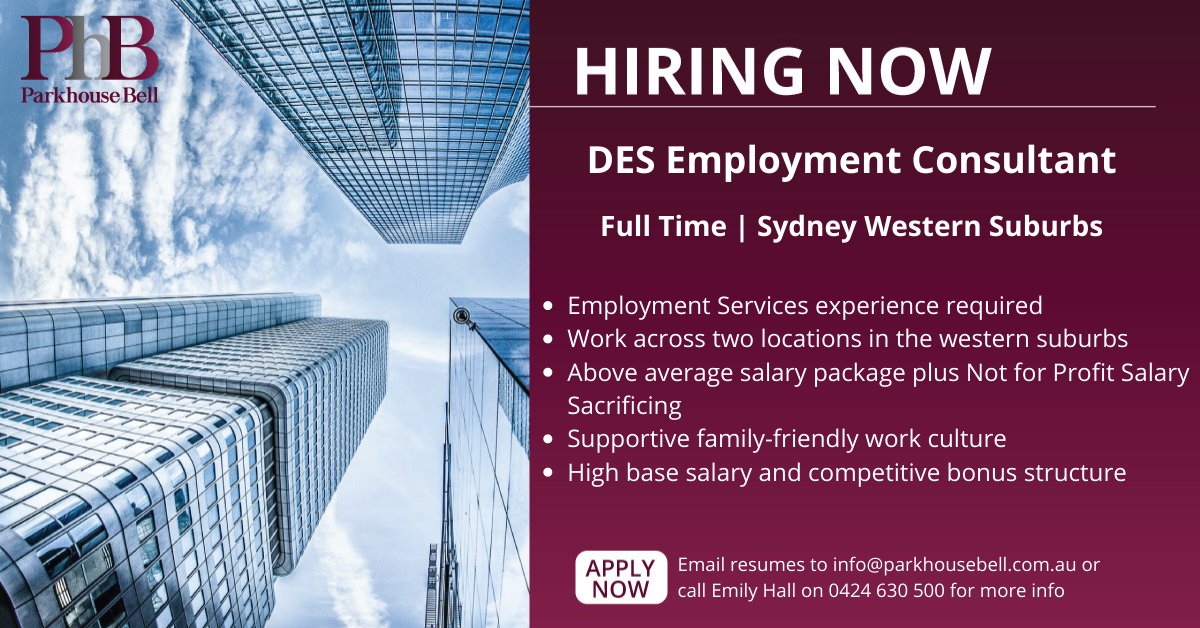 Parkhouse Bell AUS @PHBaus
2 weeks ago
Check out this job on SEEK for an NDIS Product Manager: https://t.co/4HGEJgUAxW
View on Twitter
0
0
Follow @PHBaus